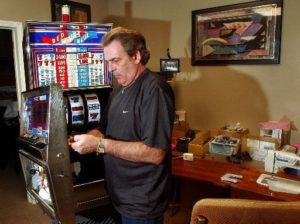 The first modern slot machine – that is, a coin-operated gambling machine – was invented in the late nineteenth century but, ever since, unscrupulous gamblers have been trying, by fair means or foul, to shift the odds in their favour. Early, low-tech attempts at cheating slot machines included the classic coin-on-a-string trick, in which a coin, drilled with a small hole and tied with nylon string, was dropped into the slot and pulled out again once it had been registered by the coin detector. Other crude, but nonetheless effective, cheating strategies involved inserting foreign coins, or even washers, of the same size and weight as a coin of the expected denomination.

In the early days, slot machines were not shielded from external magnetic fields, so a slightly more sophisticated approach was to apply a strong magnet, which caused the slot reels to drift, allowing winning combinations to be aligned at will. More recently, a former television repair man who devoted much of his later life to cheating slot machines, invented devices known as the ‘monkey paw’ and the ‘light wand’. The former was physically inserted into a slot machine to trigger an illegal payout, while the latter was used to shine a bright light into fully electronic slot machines from outside, blinding the payout sensor, with the same effect.

Of course, modern slot machines are controlled by microprocessors, which execute an algorithm – in other words, a series of computer instructions – known as a Random Number Generator (RNG). However, by definition, any RNG can only produce an approximation of randomness so, despite appearances, even these high-tech offerings can still be vulnerable to those ‘in the know’. For example, in 2017, a number of arrests for conspiracy to commit fraud were made in the United States after a team of Russian scam artists reverse-engineered the RNG of an outdated slot machine and, based on video footage of similar machines transmitted from the casino floor, could accurately predict when a winning combination would occur. 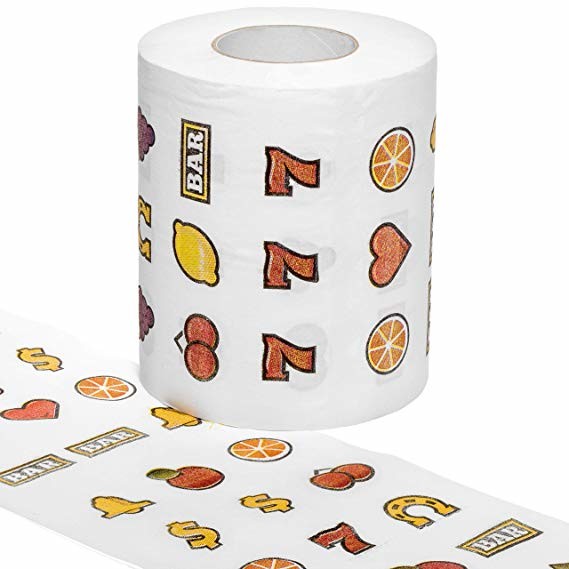 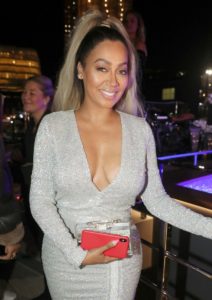 With her marriage to professional basketball player Carmelo Anthony firmly on the rocks, 2019 wasn’t shaping up to be a great year for Alani Nicole “La La” Anthony. However, in July, just a few days shy of the ninth anniversary of her wedding to her estranged husband, in 2010, the American television personality at least had something to celebrate.

Following a visit the Essence Festival – the largest celebration of black women and black culture in the U.S. – at the Louisiana Superdome in New Orleans, Louisiana – confirmed gambler Anthony tried her luck at a nearby casino in the early hours of Sunday morning. As she later told her Instagram followers, ‘…it all started when I put $200 in a slot machine in NOLA at 4am this morning.’

Lady luck did, indeed, smile down on the ‘Power’ actress, because for her initial, modest investment she won jackpot prizes not once, but twice. The first of them was worth in excess of $53,000 and was followed, shortly afterwards, by another worth $10,000; all told Anthony hit the unidentified casino for $68,000, or £54,000. Unsurprisingly, the 36-year-old was only too happy to share news of her win with her millions of Instagram followers, by means of a video showing virtual coins cascading across the slot machine, accompanied by gasps of disbelief from herself and her unbelieving friends. 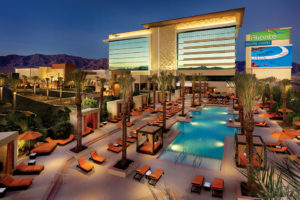